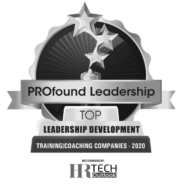 The little story about four people named Everybody, Somebody, Anybody, and Nobody.

I don’t know if this sounds familiar to you. It certainly does to me, as I see these “blaming patterns” way too often. And blaming others, essentially, is a lack of personal responsibility. Like discipline, responsibility is one of those words you have probably heard so many times from authority figures that you’ve developed a bit of an allergy to it. But, it’s one of the most important things to grow, and builds the foundation of your personal and professional development.

Sometimes, especially when we’re young, we don’t always see the long-term effects of our behaviour, but accepting responsibility is a major factor in receiving the respect and admiration of those around you. When you take 100% responsibility for your actions and inactions, and hold yourself accountable for things that happen (or not) in your professional and personal life, you have choices available to you. Success comes down to how much choice you believe you have in life, and therefore the power you have to cause things to happen at work or at home, rather than blaming others for where you are right now.

One of our biggest problems is that we don’t like to fail and, more importantly, we don’t like to be seen to fail. The problem with that train of thought, however, is that we then tend to set ourselves a goal but at the same time we create an excuse to keep as a ‘spare card’ we can use so that if we don’t succeed, we can blame something or somebody else. However, the more personal responsibility you take, the more in control you are and the more control you have, the more likely you will reach your goal as there will be no excuses to fall back on if you fail.

The knowledge that you are 100% responsible for the results in your life gives you more choices and possibilities. It is about acknowledging that the buck stops with you, so that you do not give away your power to somebody or something else.  It is about stepping up. It is about taking responsibility regardless of who else is ultimately responsible, which is true leadership.

Here are 10 shortcuts to taking 100% personal responsibility and thus earn the respect from those around you:

Once you truly grasp and implement these 10 powerful shortcuts, you are no longer hiding - you are taking full responsibility for your actions and outcomes. You are calling the shots. It is up to you to create this change, and you must believe that you can (and must) create the transformation right now. It is not an option to go back.

“In the long run, we shape our lives, and we shape ourselves. The process never ends until we die.
And the choices we make are ultimately our own responsibility.”
~ Eleanor Roosevelt

“Dare to make a difference!”

If you want to learn more about personal and professional development...

… team up with us, and get PROfound Leadership on your support team!

Too stressed to get ANYTHING done?

A 10-minute straight-to-the-point "Stress Strangler" every successful manager needs. Join our community and instantly access your FREE download (valued at $47)!

YES, I want to strangle my stress! 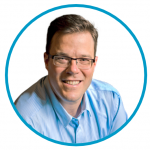 If you liked our blog, please feel free to subscribe HERE to ensure you receive a reminder for our upcoming posts.

Please leave your feedback below and don’t forget to share this blog with your work colleagues. So they too can benefit from it. Simply choose your preferred social media on the left.

Find out what is right for you.

Book us for an obligation-free chat.